So let me just dive right in for most of you who ready my post about my mother and my daughter you know some of the back story.

Well I had my son almost three years ago and my mother has grown an attachment to him. She lost our brother (he was older than me) when he was a baby and even thought she has a living son she didn’t connect with him. But somehow did that with my son. This is my theory but I have a feeling I’m right.

Now she used to watch my kids but since that issue arose with my daughter she hasn’t. But even before then when I didn’t come over for a while. She would tell me how she missed my son. I kind of let it go as he’s the new baby but after 2 1/2 years she still says that when she hasn’t seen him in a while. She never says that about my daughter. So should I feel some kind of way?

I want to asked her why does she say that and never says that about my daughter? I think its clear she has her favorite.

Don’t judge me but this song popped in my mind as I was thinking of what song to pick for this. So this one goes out to all the lovers!! 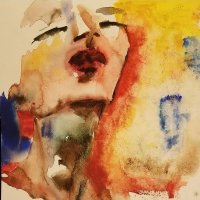